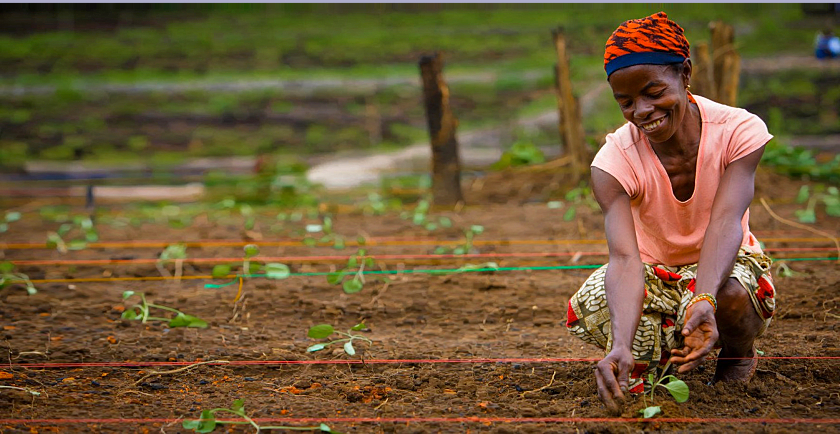 This week, we continue to celebrate National Women’s History Month in March. Today’s heroines are women farmers. We’ve been growing food and farming the land for centuries in America and around the world.

But even today, it’s still hard to know the number of women farmers worldwide. One source explained that most small-scale farmers are women in developing countries. In the agricultural sector, women are 60% to 80% of the farmers in non-industrialized countries.

The Food and Agriculture Organization of the UN (FAO) estimates that women make up 43% to 70% of the agricultural labor in developing countries.

What’s the real story about women farmers today? Are the numbers dynamic or static? What does the future of women in farming look like?

For example, the 2012 USDA Census of Agriculture counted 3.2 million US. farmers working on 2.1 million farms. There three types of farmers:

But one trend is clear: Most small-scale farmers are women and more women in developing countries are working in agriculture.

Despite this trend, women still don’t have the same rights as men when it comes to farming. Gender inequalities continue and it remains a sad reality in the agriculture sector everywhere.

The main challenges for women farmers include:

Overall, the data is disjointed and depends on geography and type of farmer…

Looking ahead, women continue to conserve natural resources and grow resilient crops. Limitations and social barriers do not stop them from growing food for the planet.

Consumer groups, NGOs, farmers and private businesses are working to improve the future of farming for women. More details are provided in the report, World agriculture: toward 2015/2030.

Closing the gender gap in farming includes policies that consolidate traditions and laws, partnerships in farming and women cooperatives and groups that benefit farmers of all types.

Here are some women who fill the gaps in farming:

I love sharing stories about people who solve problems like the agripreneurs above!

One thing I know about the world – it’s easy to point out the problems. Time to move past easy and do the hard work of creating solutions.

Joint projects and shared ideas from all sides create the innovations we need. It’s time to use our hearts and minds to solve problems.

Source: Agriculture at a Crossroads: IAASTD findings and recommendations for future farming

“Sculpture is like farming. If you just keep at it, you can get quite a lot done.”
–Ruth Asawa

Image sources (from top to bottom):